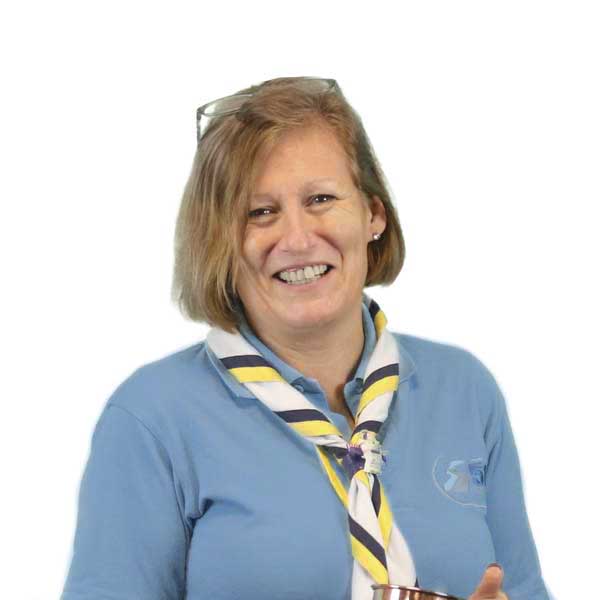 I was a Brownie and Guide in Muswell Hill until my family moved house when I was 11 years old. It wasn’t until my youngest daughter joined Scouts in 2002 that I became Akela at 15th Finchley Scout Group. I’m currently an Assistant Scout Leader there.

I did train for the Southern 50 about 15 years ago with a group of female leaders from my Scout group (we challenged a male leader group and a new trophy was established in our group that is still awarded annually!!). Unfortunately I caught pneumonia and was unable to take part; and haven’t since.

I began to support the Southern 50, joined the committee and was then approached by the County Commissioner to Chair the committee following John Hall’s retirement. I am very aware of the long history and excellent reputation of the Southern 50 and work hard to lead my team to deliver a flagship event the GLN County can be proud of every year. 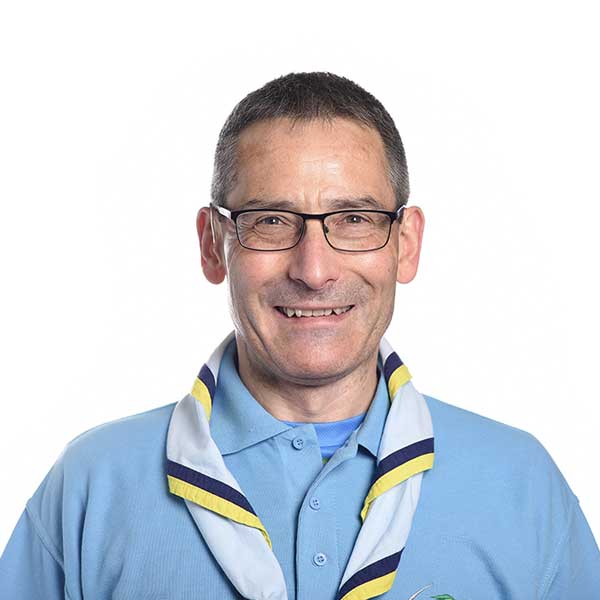 I started Scouting as a Cub in the 22nd Finchley progressing through Scouts, Venture Scouts and then a Venture Scout Leader with the 2nd Edgware. I first took part in the Southern 50 as a Venture Scout in 1980 when there was only the one an only 50 mile option and we came 5th in 14:58hrs. I have entered the 50 mile event a number of times since, one ended with us finishing in a snow storm which must have given the organisers something to think about.

For a number of years the 2nd Edgware VSU ran checkpoints always opting for the late ones to encourage the teams home. In 1999 I assisted John Hall with the 50 mile route and as it always does in Scouting somehow the following year I ended up on the committee planning my first 50 mile route, which quickly became the three routes we know today 30km, 50km and the original 50mile.

Route planning involves not just trying to find the best routes possible to make it as interesting and as challenging as possible for you all, but also finding suitable checkpoint locations, seeking permission from landowners. I am also involved with advising on checkpoint food and the production of the event video. The Southern 50 is amongst the best events in Scouting and everyone should take on the 50 mile challenge at least once, if you have never tried you will never know. Take only memories, leave only footprints. 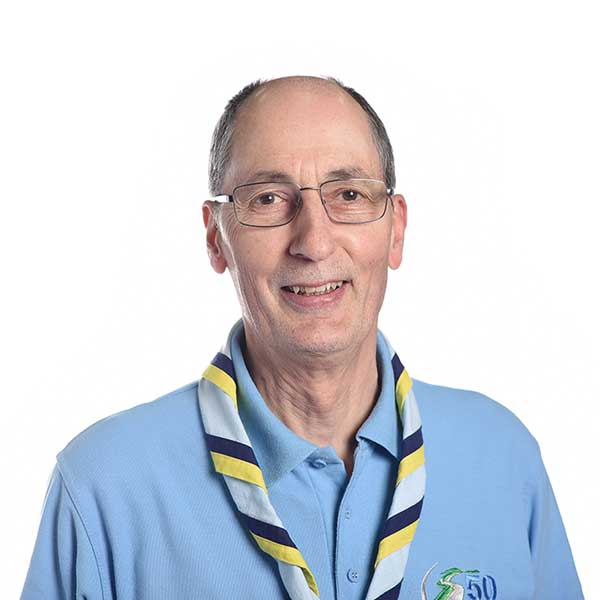 I have been involved in Scouting ever since I started as a Cub in the 15th Edgware which was a very long time ago!. I have held various appointments at Group, District and County level, mainly in Venture Scouting, as well as stints as a District Commissioner and the County Commissioner. I have supported S50 for many years including walking it (50miles in 1990 and 50km with a team of London County Commissioners in 2014) and also helping to run checkpoints.

I have been on the committee, either as the County rep, or as a working member since 1999. In recent years I took over the running of Central Control from John Hall and helped implement the introduction of Felltrack for tracking walker's progress. As a keen hill-walker myself I am very aware of the benefits to young people of S50 , not only in developing their practical and physical skills and endurance, but also in developing their self-confidence, team work and leadership skills. 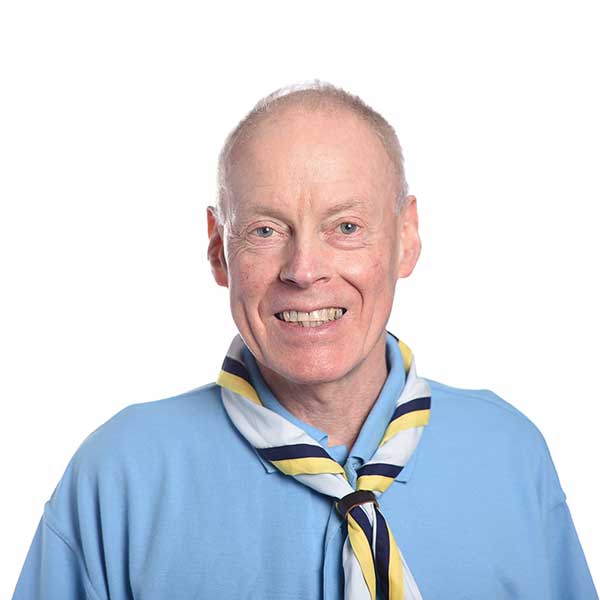 My Scouting life began with joining the 2nd Edgware as a Cub and continued through Scouts and Venture Scouts. I stayed on to be an assistant scout leader for several years. I walked the Southern 50 in 1990 with Graham, Mark and Roger, now fellow committee members as it turned out, when it was a 50 miles only event. About 2003 for a few years I helped Mark Waterhouse with S50 route planning and I became treasurer in 2010.

Current ESL at the Red Barons ESU and Southgate District DESC. I also help run the DofE Provision and Young Leader Scheme in Southgate. I’ve always had a love of hiking, having many fond memories of taking part in the C20 and S50. However, whereas my legs are more than up for the challenge, unfortunately, my feet don’t want to play ball, often experiencing a lot of pain around the 40km mark in all S50 attempts! Luckily, I was able to trade walking for organising back in 2017.

I was already the Transport Manager for the C20 when the S50 Committee realised they had to fulfil their youth quota, so was taken onboard to do the same role for the event. I am now also the Checkpoint Manager and in charge of the IT/Comms on the day. 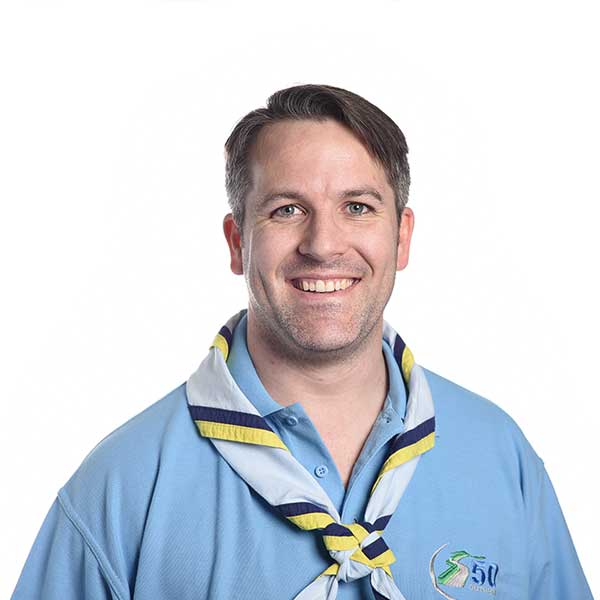 I have been involved in scouting all my life in various ways however a large focus has been on the Southern 50. My father, Dave Bush was one of the founders of the Southern 50 so I found myself every February being brought along from baby to adulthood. So you could say that the Southern 50 is in my blood!

I have had other roles in the scouts and attended the 16th Southgate scout group as a young person. After University Chris Foster was quick to approach me to ask if I would like to be the Scout Leader at the 6th Southgate which is when he was Group Scout Leader there. I of course said yes and had many a long year there having lots of fun!

At the same time it became a natural step for me to join the Southern 50 Committee where I took on the role of Accomodation Officer. This was fun but became challenging as I moved to Germany. Now I live in Switzerland and run the Website for the Chiltern 20 and the Southern 50.

In my younger days I was a devoted Southern 50 participant, and after each event I spent much time persuading three others who’d be daft enough to walk fifty miles with me the following year. Unable to walk quickly, I often ending up as more of a modern day version of Pied Piper, picking up stranded waifs at later checkpoints and finishing the event mob handed just as the sun was rising on the Sunday morning. The organisers then had the brilliant idea to speed up the whole event by inviting me to join them. That was over twenty years ago and the Southern 50 still remains close to my heart, working as the event secretary with a brilliant and dynamic team.

I perform a similar role with our sister event, the Chiltern 20, and I get huge pleasure in watching our young people learn their navigation skills in Scouts and then put those skills to great use as Explorers. My other day job is ACC in GLN, supporting Explorers, Networkers and helping youth members to achieve their top Scouting awards. 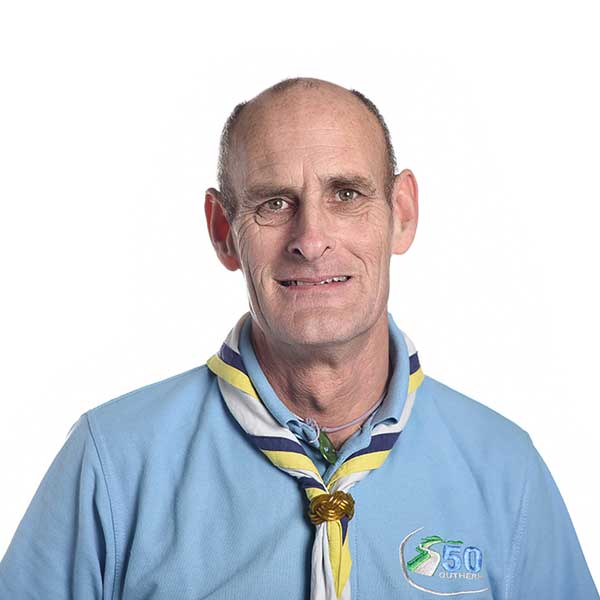 My Scouting started as a Cub in Hertfordshire moving onto Scouts and then Venture Scouts with the 2nd Edgware. I became Venture Scout leader in my mid 20s, and there I stayed for the next 18 years.

My first involvement with the Southern 50 was as a competitor in 1990 when there was only the 50 mile route. It was a particularly difficult year due to storms earlier in the week with flooding and fallen trees. I’m pleased to report I completed the challenge with 3 current members of the Committee.

I joined the Committee originally to assist Mark with the route planning but these days he does this single-handedly.

On the event I can be found out on the route with Mark making sure the checkpoints are all located correctly, and everything is running smoothly.

My main role is making sure the Sunday presentation has all the equipment it needs and works correctly, so if it has a picture on it or noise coming out of it I’ve probably had something to do with it. 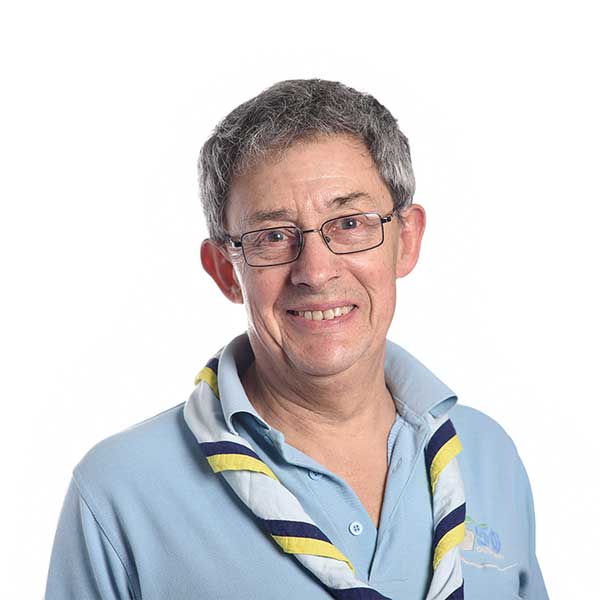 I started my Scouting at the 15th Enfield and was a Senior Scout for a short while and then an assistant leader at the group. When Venture Scouts started I became assistant, and then leader at Trentside VSU, also in Enfield. My unit was very enthusiastic about hiking and we entered teams in the Southern 50 in 1981, the second running of the event. I completed the Challenge of 50 miles twice and my unit gained a lot of finisher’s certificates and on one occasion we had a team finish third overall.

One year I turned up with my team and after waving them away at the start, I was asked if I was busy for the rest of the day. Well you know what happened, and I am still hooked. Through the years I have run checkpoints and assisted with transport on the event as well as training my unit teams. In 1991 I was asked if I could print the finishing certificates because until then they had been handwritten. I have done this every year since and have been a member of the organising committee for over twenty years. My current role is registrar for the event and I am responsible for managing the entry system for walkers and producing the id cards for the hundred (or so) event helpers.